HUMANITAS: Cicero coined the term humanitas (literally, “human nature”) to describe the development of human virtue in all its forms, denoting fortitude, judgment, prudence, eloquence, and even love of honor—which contrasts with our contemporary connotation of humanity (understanding, benevolence, compassion, mercy). The Latin term is certainly a fitting title for Fredric Roberts’ series, as the reader is struck with respect and awe for the individual fortitude and eloquence of his subjects, rather than pity for their plight. Each photograph tells a compelling story. 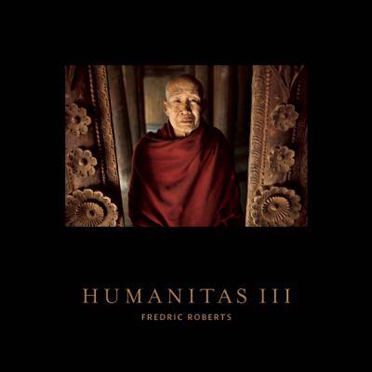 HUMANITAS III: The People of Burma

Following the success of Humanitas and Humanitas II: The People of Gujarat, photographer Fredric Roberts now turns his lens to the captivating and controversial country of Myanmar (formerly Burma). The result of eight years of travel throughout the region, the 124 photographs of Humanitas III focus on the spiritually rich lives of the Burmese people.

Featuring temples, portraits, scenes of everyday life, and incredible landscape, Humanitas III offers a rare view of a country that has been closed to— or avoided by—many photographers due to its social isolation and reputation for political repression.

Edited by Britt Salvesen, the department head and curator of the photography department at the Los Angeles County Museum of Art (LACMA), and Teri J. Edelstein, principal of Teri J. Edelstein Associates, Museum Strategies and former Deputy Director of The Art Institute of Chicago, many of the images present subjects looking directly at the photographer and at the reader, effortlessly prompting a cross-cultural dialogue. An introductory essay is written by Emma Larkin, a journalist/author with expertise on Myanmar, who provides context for Roberts’ photographs by describing the lives of the Burmese people. A second essay, on the nature and spirit of the photography, is written by Ms. Edelstein. 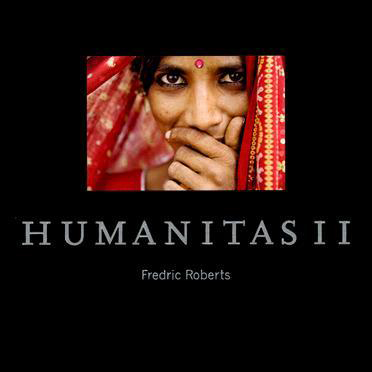 HUMANITAS II: The People of Gujarat

Humanitas II: The People of Gujarat is a book about relationships. It tells a story of beauty and grace, work and family, and spirituality and devotion, while also decoding the notion of documentation and representation. Echoing photography of India through time, yet created in a contemporary context, the photographs in this book are concerned with the present and its link to the past, notions that are fully realized through the photographic process.

Fredric Roberts captures daily life occurrences and ceremonies, revealing the interiority of a place. He travels throughout the state of Gujarat: Chhota-Udepur, Ahmedabad, Poshina, Zainabad, Bhuj, Gondal and Palitana. In his portraits, the subject often gazes directly at him and then to us, the readers, effortlessly constructing historical significance in the process. These photographs reveal the rapport Roberts establishes with his subjects as well as their own sense of elegance and self-possession.

To purchase this book, please visit www.amazon.com or www.barnesandnoble.com.

For over five years, Fredric Roberts photographed South Asians in some of the areas that were later ravaged by the 2004 tsunami in the Indian Ocean. They were released in Humanitas, Roberts’ first photo collection, as a tribute to the people of the region as the entire world mourned the tragedy. Roberts traveled throughout Asia, from India to Cambodia, Bhutan to Thailand, Myanmar to China, capturing with his lens its people in all their understanding, compassion, fortitude, and honor—a splendid humanity.

Fredric Roberts was an investment banker who encountered many wealthy people who seemed spiritually bereft. Several years ago, in a dramatic life change, he left his comfortable world to embrace a life surrounded by individuals who had no concept of wealth in terms of worldly goods, and he found a different richness and dignity. In order to reach many of these people, Roberts had to journey to places where there were no phones, electricity or plumbing. In many cases, he even had to bring his own food as there would not be enough to feed one more mouth. Through his travels, Roberts made a life changing recognition: wealth comes from inside. This is the essence that he has captured and is sharing with the rest of the world, if only to remind us. With an introduction by Arthur Ollman, Director of the Museum for the Photographic Arts in San Diego, and afterword by Dennis High, Executive Director/Curator, Center for Photographic Art. Humanitas is destined to be a classic in the vein of Edward Steichan’s landmark The Family of Man.

HUMANITAS was a finalist for Forward Magazine’s 2005 Book Of The Year Award.

To purchase this book, please visit www.amazon.com or www.barnesandnoble.com.